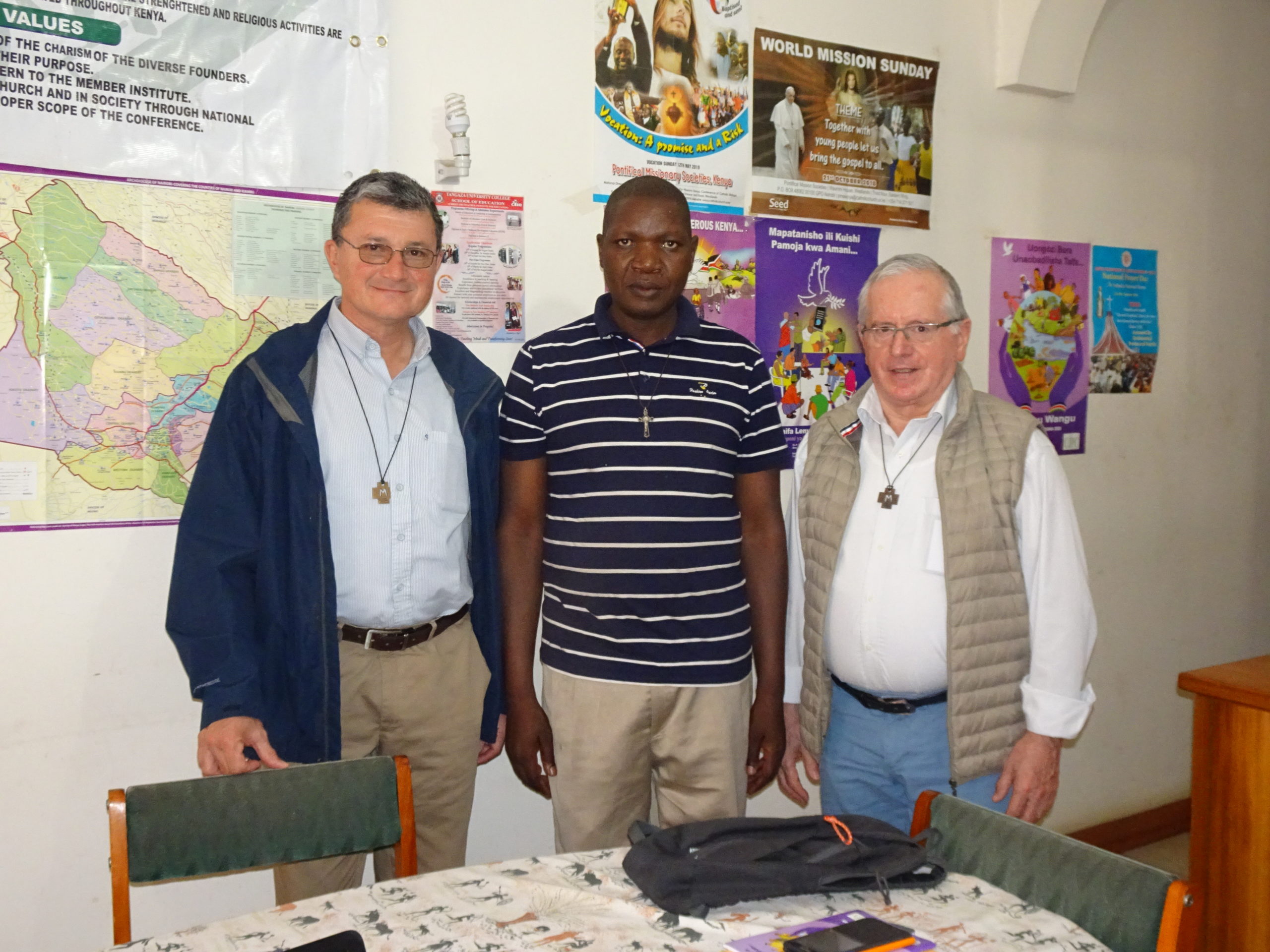 At the beginning of February 2020, Brother Vignau (IMS General Secretary) and Mr. Sacheli (Operational Manager) went to Nairobi. The purpose of the trip was to prepare the transfer of the IMS East Africa Section (now delegated to the Bishops’ Conference) to the Province of the Marist Brothers of Central Africa.

Brother Vignau and Mr. Sacheli also had a long exchange with Sister Joan (head of the Section) and her team, then with Brother Teo (future head of the Section), both to examine some management points and to prepare the installation of the next team at the Marists International Center.