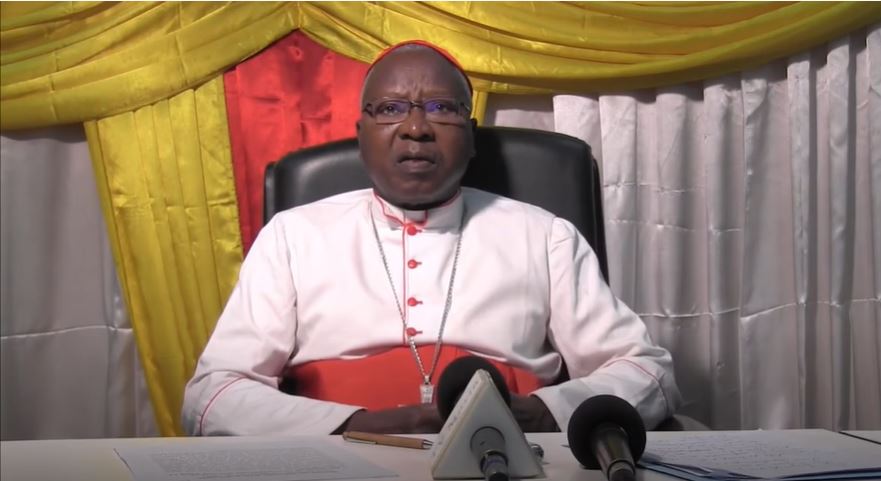 Cardinal Philippe Ouedraogo sent a message to the delegates of the International Missionary Society on the occasion of the triennial General Assembly of the association which took place on November 17, 2020, by videoconference due to the Covid 19 pandemic.

In my capacity as President of the SECAM (Symposium of the Episcopal Conferences of Africa and Madagascar), I would like thank the officers of the IMS who have given me the honour to speak about this providential institution serving pastoral workers of the Church,

As we all know, the health challenges worldwide are a real priority. At the level of the Church, the obligation to take charge of the healthcare of priests and men or women religious by their diocese and congregation is stipulated by the canon law of the Church in Canon 619. In our particular churches in Africa, the economies of the dioceses are sorely tested, making this fundamental guarantee of healthcare for men and women religious and priests difficult. However, this imperative must be a challenge that can be met by our episcopal conferences and major superiors. Since priests and men and women religious are not employees, they do not enjoy the benefits of the social security provided for in their respective countries.  Fortunately, the creation of the International Missionary Benefit Society (IMS) some 50 years ago has proved to be a providential tool for the effective medical care of pastoral workers in the French-speaking, English-speaking and Portuguese-speaking Africa area.

It is important to meet the challenges of this healthcare cover for the religious world in the African context.

The first challenge is to ensure the well-being of priests and men and women religious. Good health is the sine qua non for exercising the apostolate and evangelisation.

The second challenge is economic. The medical costs of clergy are very expensive for our dioceses and our congregations which do not have sufficient means to cope with them. Medical cover is provided through a system of solidarity which proves necessary. The service of the IMS, despite certain shortcomings that must of course be noted, is already a welcome solution for our poor countries. Since 1965, the IMS has been operating as an Insurance thanks to the contributions paid by each religious official or diocese for a group of people who depend on their authority. The IMS collects the funds of its members and then reimburses some or all of the healthcare expenses, according, of course, to well-defined criteria.

In a world where individualism tends to want people to find their own solutions, solidarity, an essential virtue experienced between sister Churches and sister Christian communities, expressed through the IMS, must be recognised and promoted. This means focusing on the most needy as a priority. This is the case when, at the level of the International Missionary Benefit Society, the priests of the Churches in the rich countries pay their contributions, which are most often used to cover the healthcare costs of priests and members in the less affluent countries. The benefits and strengths of this institution also lie in the fact that it provides good quality care to its members. Sometimes the expensive costs of such care could never be paid for by the beneficiaries themselves. This is the advantage of the IMS’ solidarity system that allows this to be possible. All the members contribute, and among them, only the sick are supported by all. It is an extraordinary work of solidarity.

In my capacity as President of the SECAM, I would like make some remarks. First of all, directed at the IMS

The IMS has several options, the weakest of which is “option 4”. Some beneficiaries deplore the fact that reimbursements of the healthcare expenses incurred are made subsequent to the medical care. The patient must have the means to receive the care and then be reimbursed. It is hoped that the IMS will negotiate with approved establishments to be able to benefit from their services without having to advance the money.

There is no age limit for IMS membership, which makes it different of course from insurance. In addition, thinking must be undertaken to try to improve the provision of service in relation to the length of hospitalisations and convalescences, the situation of elderly, bedridden or disabled members… Together, we can work to improve the services provided!

Finally, and this is directed at all the bishops of the episcopal conferences and the major superiors concerned, we wish to reaffirm that social cover regarding the provision of healthcare to priests and men and women religious is a canonical obligation (cf. canon 619).

Therefore, every ecclesiastical leader is asked to make the appropriate arrangements to meet this imperative. The healthcare problem is such a sensitive one that neglecting it would cause frustration and above all irreparable damage. In a context of economic insecurity, we will succeed in overcoming this difficulty by playing, in a transparent and determined way, the pastoral solidarity card which will enable everyone to enjoy fair care. The strength of everyone’s wealth lies in the collective effort. Such a responsible commitment will help consolidate the bonds of communion between clergy in the Church-Family of God. Indeed, the Church, like any society, can move forward only by strengthening communion among her members, beginning with her Pastors (cf. Synod on Africa E.I.A., No.17). In this respect, common membership of the IMS is a means of realising the Church-Family of God option in Africa. May the Lord strengthen our bonds of communion for his glory and the salvation of mankind. God bless the efforts of all and everyone for a more united and fraternal world. In consideration of the foregoing, I would say if the IMS did not exist, it would have to be invented. God bless the IMS and its members!

President of the SECAM