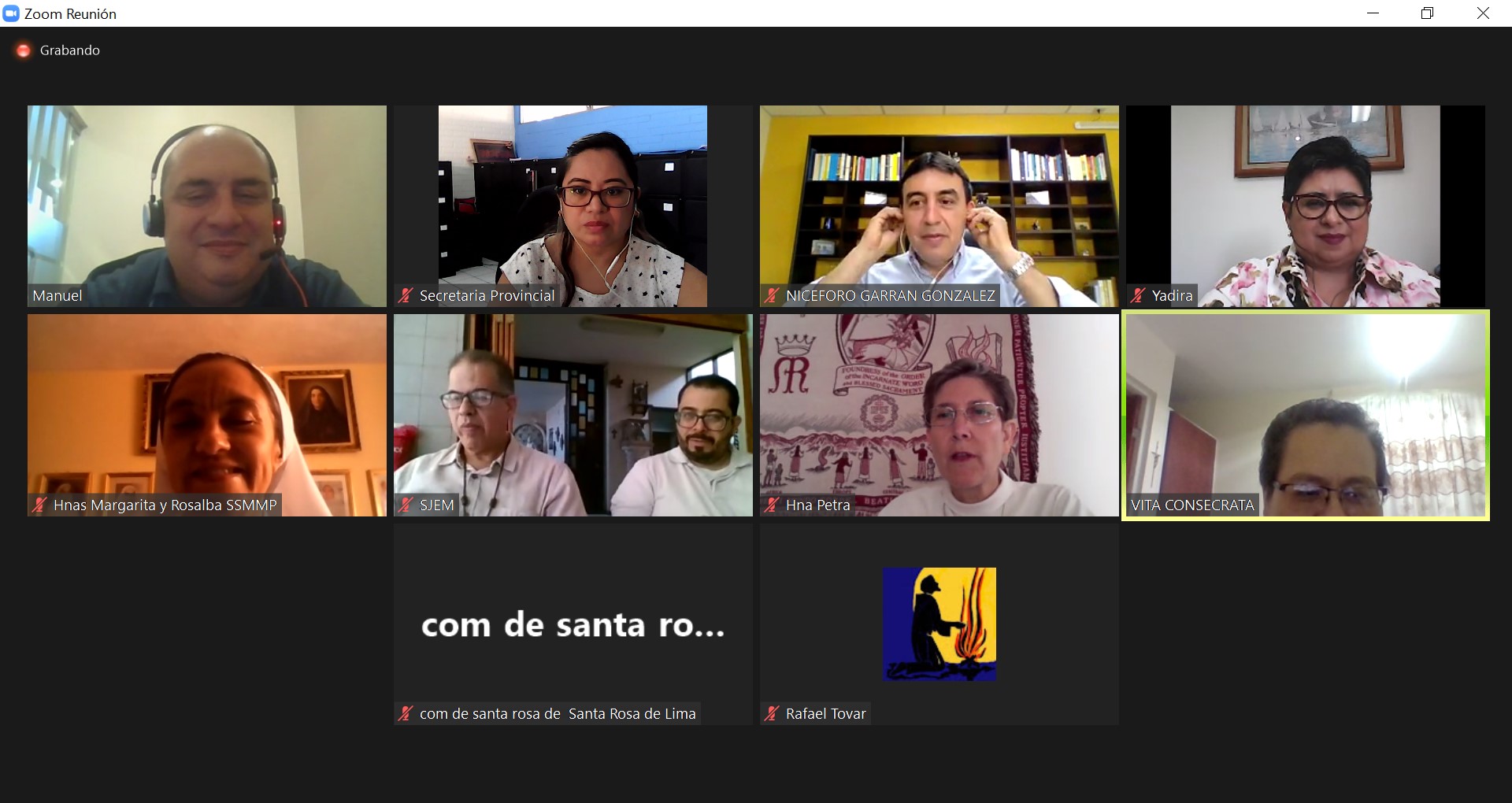 The Central American Section has organised a series of meetings to make the IMS known.

On 7 April, a meeting was held with the person in charge of the group, Mrs. Beatriz Bordoli, Provincial Curia of Argentina, where training was given on the use of the extranet (printing a list of groups, obtaining a statement of account…etc).

On the 8th of April, the Section had a meeting with Mrs. Flavia Angi who is the person in charge of the accounting for 3 of the groups of Marist Brothers affiliated to the IMS. One of the objectives was to clarify the reimbursements received by each group. 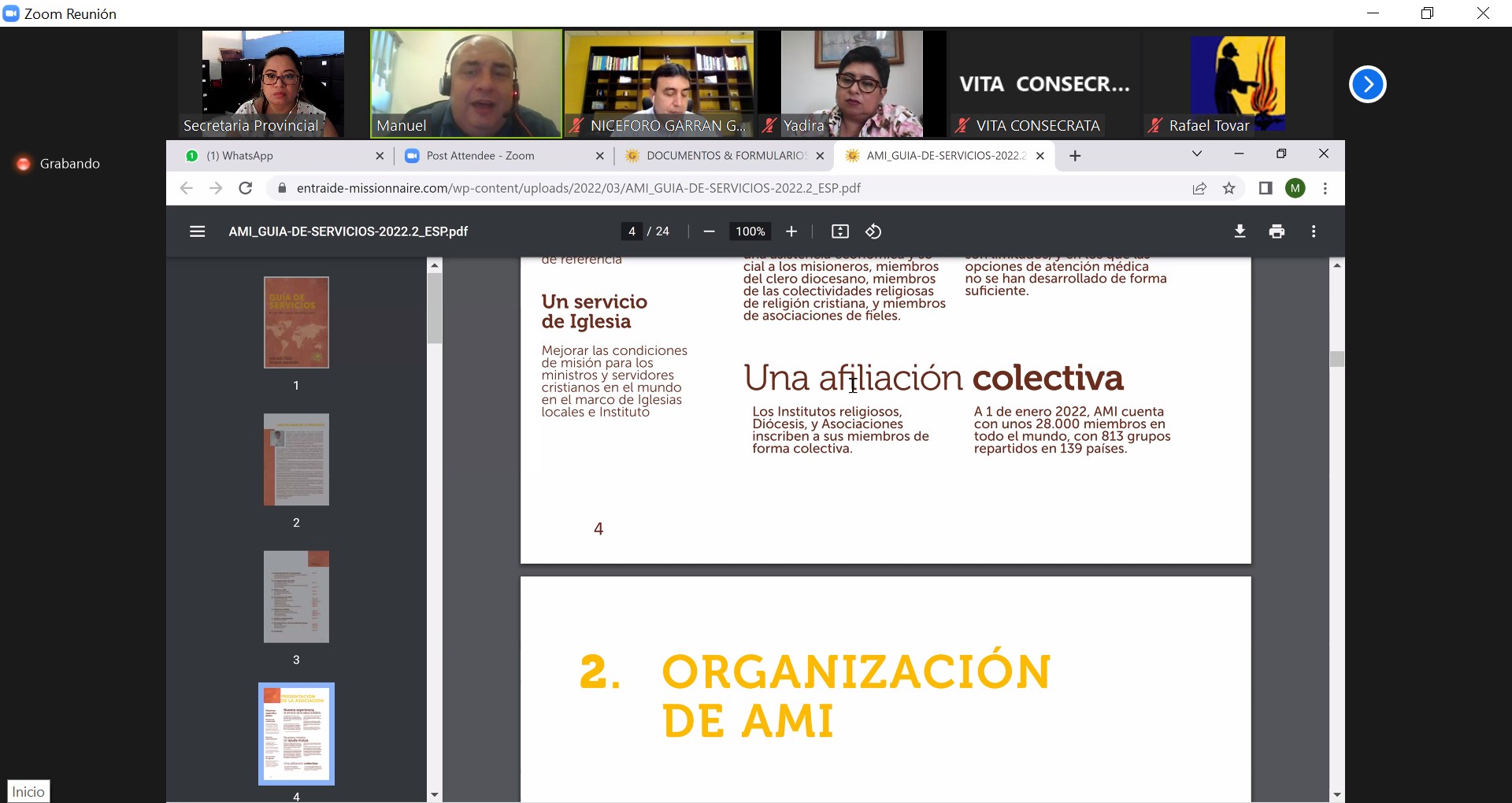 On 21 April, the Section met via zoom with a group of 10 religious congregations from Guadalajara who wanted more information about the IMS. Brother Manuel Matilla, who was in charge of the group, presented all the advantages of the IMS and answered questions. The Section remains in contact with these groups and has offered to continue to answer their questions in a personalised way.

On 19 May Alex Pizarro, administrator of the Jesuit congregation in Haiti, where Brother Manuel Matilla explained the benefits of the IMS and some of the history of the IMS. This is a group of 65 priests, some of whom live in Haiti and others in Canada for study purposes. The Section is still in contact with them to see if they wish to join the IMS for the second half of 2022.

Manuel Matilla also met with Eduardo González, administrator of the Congregation of Friars Minor Capuchins in Mexico. He clarified some doubts. The Section has been working with the Guatemalan Custody since 2013 and now offers its services to the Mexican Custody. This is a group of 39 Capuchin friars based in Mexico and others for studies and trips to other countries.

On 1 June a meeting was held in Guadalajara, which also allowed us to meet another group also interested. Contact is maintained in case the group wishes to join from the second half of 2022.

On June 30th we met with the religious group of Maria Immaculada, Guadalajara, Mexico. with Sister Ada Mabel Esthela Mier Nuñez, Brother Manuel Matilla and Mrs. Aura Santos to make known the services and advantages of the IMS, the meeting was held via zoom. Several doubts of the sisters were clarified and the guide of services was provided and the web page was communicated to them.

On 30th June, the Section also met with Yolanda Cecilia Villalva from the Theresian Association of Mexico. This meeting was a follow-up and clarification of doubts regarding the use of the MSH extranet.

1. How to make a self-help report.

2. How to apply to MSH for reimbursement of certain reimbursable services.

3. How to interpret the payment statement that MSH sends to reimbursable groups.

4. Answering doubts about the use of the extranet.

On 26 August via Zoom, the Section had a meeting with the Provincial Council of the Missionaries of the Holy Spirit of Mexico, Father Gerardo Gordillo was the direct contact, but the Section took advantage of the fact that they were in Council. Brother Manuel Matilla presented all the advantages of the IMS, as well as the website and the service guide. They were very satisfied with the information and many doubts were clarified. They are still thinking about whether to join the IMS.  The Section hopes to have a positive answer.