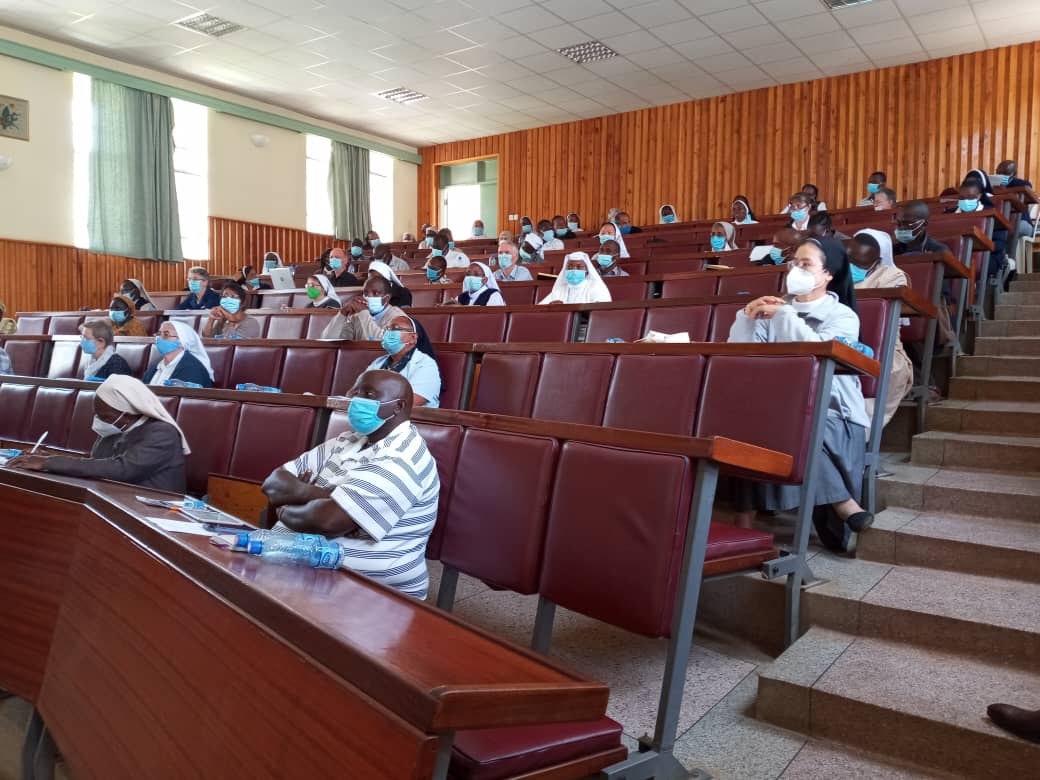 Last month, the management of the East Africa Section of IMS was transferred to the Marist Brothers (Province of Central-East Africa), from the KCCB that was managing the Section since 2006.  Therefore, it was important to have a meeting with the group managers in order to inform on the transition, assuring the good work and quality of it, as it was done from the previous management.  This meeting took place in Nairobi on Wednesday January 20th, 2021, at the premises of the Marist International University College.

A consultant physician from one of the Mission Hospitals was invited to give an explanation on the Covid situation, from its origins, its treatment and symptoms present.  We were interested to know when a patient needs to be admitted in a hospital and how we need to assure a good treatment while being at home in isolation.

The turnup of representatives of the groups that belong to this Section was good, so the Team that administers the Section had the opportunity to introduce to the audience, ways to proceed with the new ways of presenting the claims (dematerialization), as well as listening to a testimony from one of the group managers, on the experience of being part of IMS.

The participants showed satisfaction on the content of the half-day meeting, which was productive.  They went back home with the address of the website of the organization for further consultation.