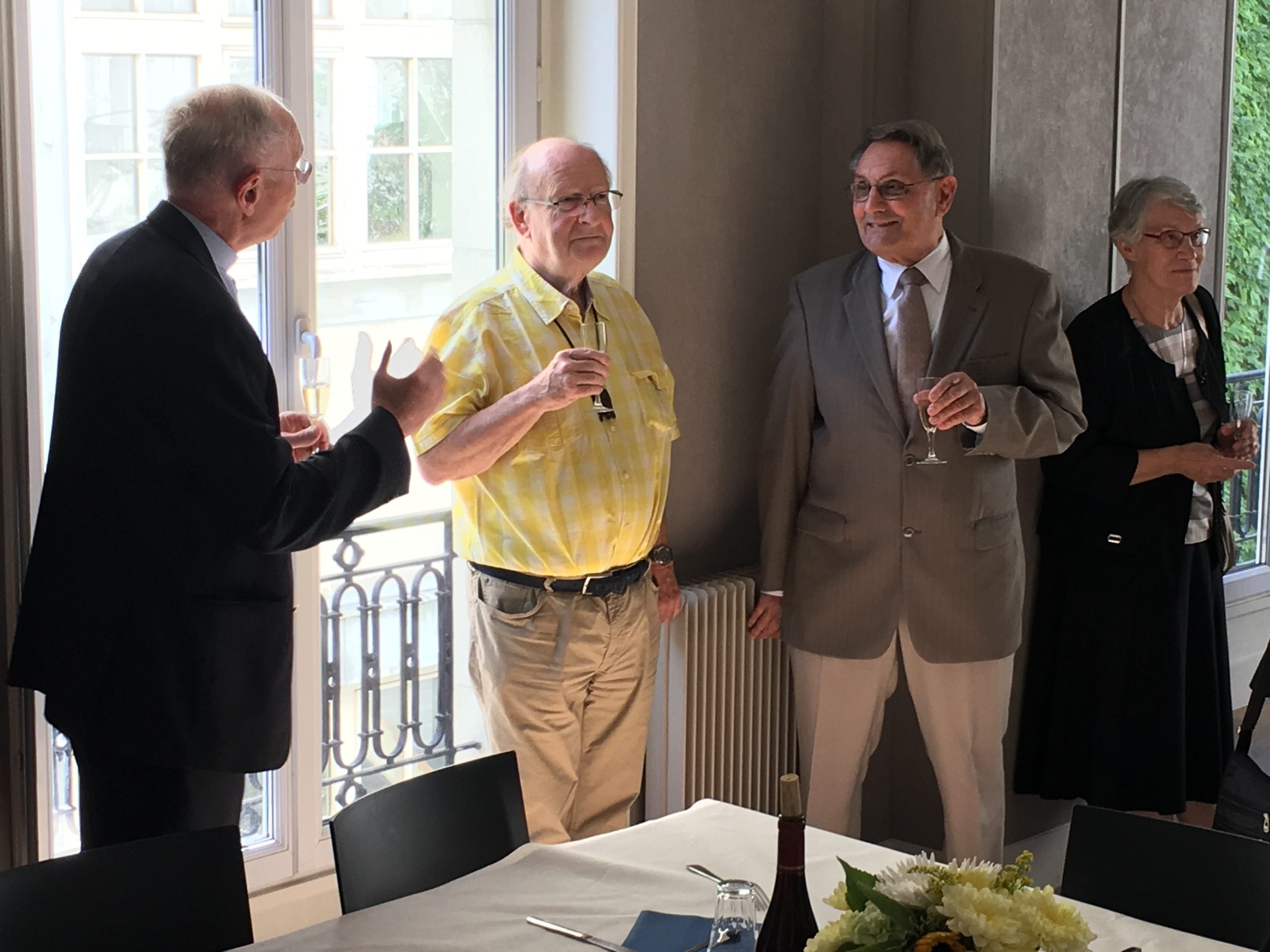 President Michel Ménard chose this year to retire. A reception was held on 17 September 2018 : many IMS administrators, the presidents of the various entities of the USM, the representatives of conferences and the staff of the Union Saint-Martin including those of the General Section paid tribute to him.

56 years of commitment to the Church, including 20 years directly for the benefit of the International Missionary Benefit Society ! Father Michel Ménard has continued, and significantly developed, the international influence of the Association. There are now around 800 congregations, institutes and dioceses which are currently members of the IMS, i.e. 30,000 churchmen/women and priests residing in 140 countries. Assistance is given for thousands of cases every year, which might range from the purchase of a box of drugs costing €2 to a medical evacuation costing €50,000 and between these two examples, classic medical consultations, hospitalisations, the purchase of glasses, etc.

The second objective of President Ménard has also been reached : the churchmen/women and priests whose healthcare costs are borne by the Association, can thus better devote themselves to their mission. Finally, faithful to his principles of generosity, the President has maintained a constant effort to support the most disadvantaged groups and the most expensive cases. His messages of solidarity have been relayed widely and constantly.