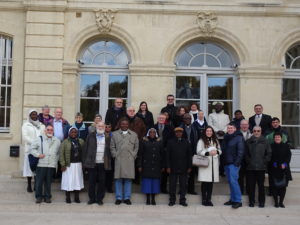 On November 9th, under the presidency of Father Michel MENARD, was held the annual Steering Committee of the IMS, in the General House of the Daughters of Charity.

Once again, the meeting was preceded by an encounter with all the sections.

We notice the participation of three new religious:

Coming from 12 countries, the administrators, councilors, members of the commissions and sections were informed about the accounts of the Organization, before talking about the work of the sections, the important points of management before working on future decisions.

Once again, President Ménard recalled the value of solidarity which is the founding principle of the IMS. He particularly urged the sections to accentuate the use of the Social Fund for the groups.